Linear regression models are the most basic types of statistical techniques and widely used predictive analysis. They show a relationship between two variables with a linear algorithm and equation.


Linear regression modeling and formula have a range of applications in the business. For example, they are used to evaluate business trends and make forecasts and estimates. They can also be used to analyze the result of price changes on the consumer behavior. It can be given numerous examples.

What Is Linear Regression?

To put it in other words, it is mathematical modeling which allows you to make predictions and prognosis for the value of Y depending on the different values of X.

Just to note that:

Based on this approach, there are two main types of linear regression:

What is simple linear regression?

As you might guess, simple linear regression means there is only one independent variable X which changes result on different values for Y.

Its model/ formula is:

It is appropriate when the following conditions are satisfied:

What is scatterplot? This is a graphic tool that displays the relationship between two variables. Actually, one of the basics steps in regression modeling is to plot your data on a scatter plot.

To make the things clear, let’s see an example:

The following table shows the monthly sales and advertising costs for last year by a business software company. 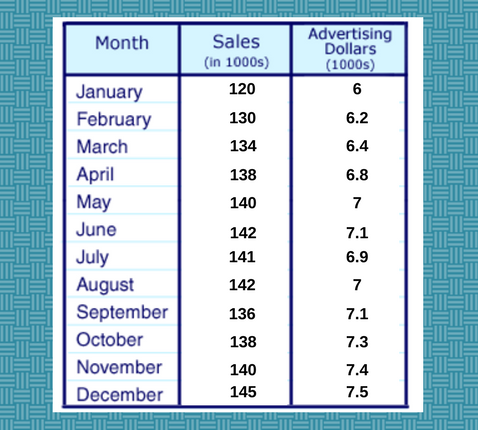 In this case, your plot for monthly sales and advertising costs would be: 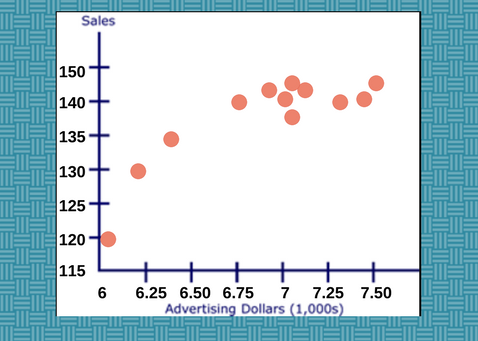 The data for your independent and dependent variables must be from the same period of time.

These relationships are expressed mathematically in terms of a correlation coefficient ( known also as a correlation). Correlations are indicators of the strength of the relationship between the independent and dependent variable. They can be in the range from –1 to +1.

In our above simple linear regression model formula, Β1 is the regression coefficient.

When this condition is fulfilled, the variability of the residuals will be comparatively constant across all values of X. You can check this with the help of residual plot.

Here is an example of a residual plot: 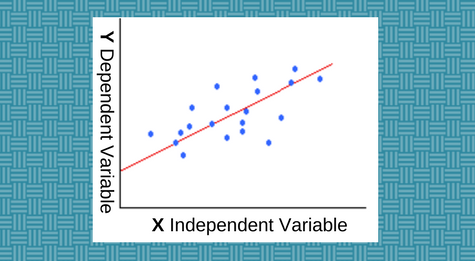 How to Define a Regression Line?

Commonly, with the help of a software tool (e.g., Excel) or a special graphing calculator – to find b0 and b1. It is very easy with the calculator. You just enter the values of X and Y into the calculator, and the tool resolves for each parameter.

What is Multiple Linear Regression?

The following formula is a multiple linear regression model.

This model is linear because it is linear in the parameters Β0, Β1, Β2 and … Βp

Linear regression is a statistical method that has a wide variety of applications in the business world. Simple and multiple linear regression models can be used by companies to evaluate trends and make forecasts.


It can be used also to analyze the result of pricing on consumer behavior and buying intentions, to assess different types of risks and etc.

So as you see, linear regression is a powerful statistical modeling that can be used to gain insights on consumer behavior and to understand factors that influence business profitability and effectiveness.